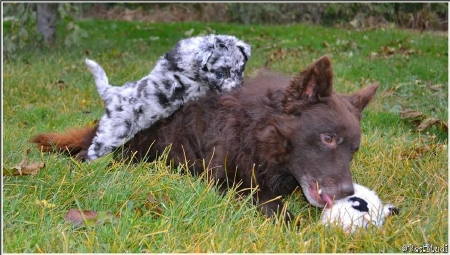 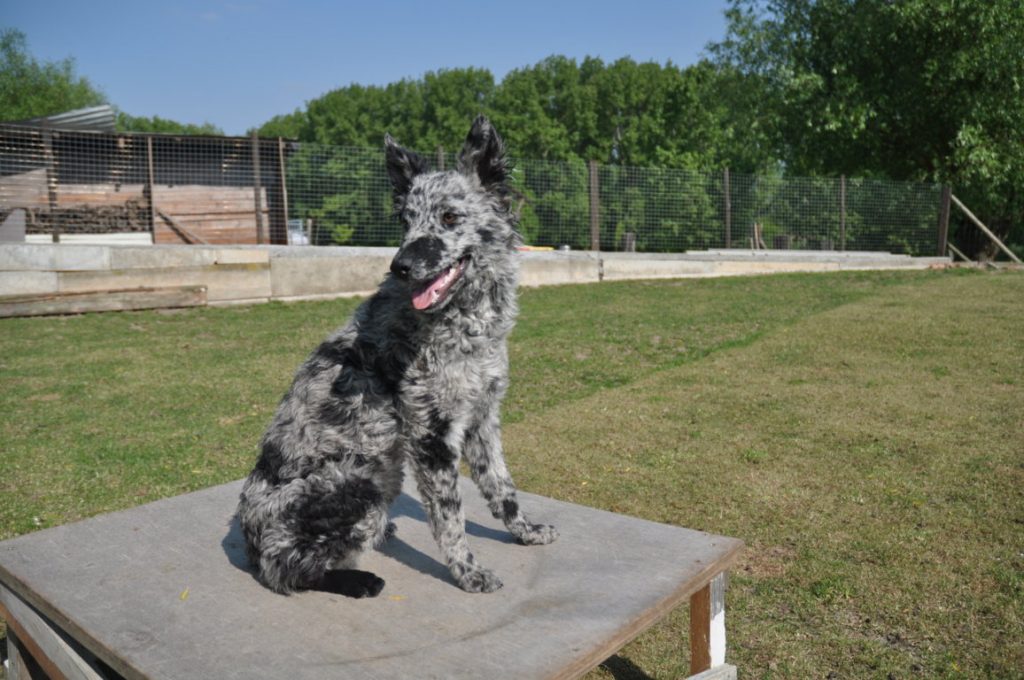 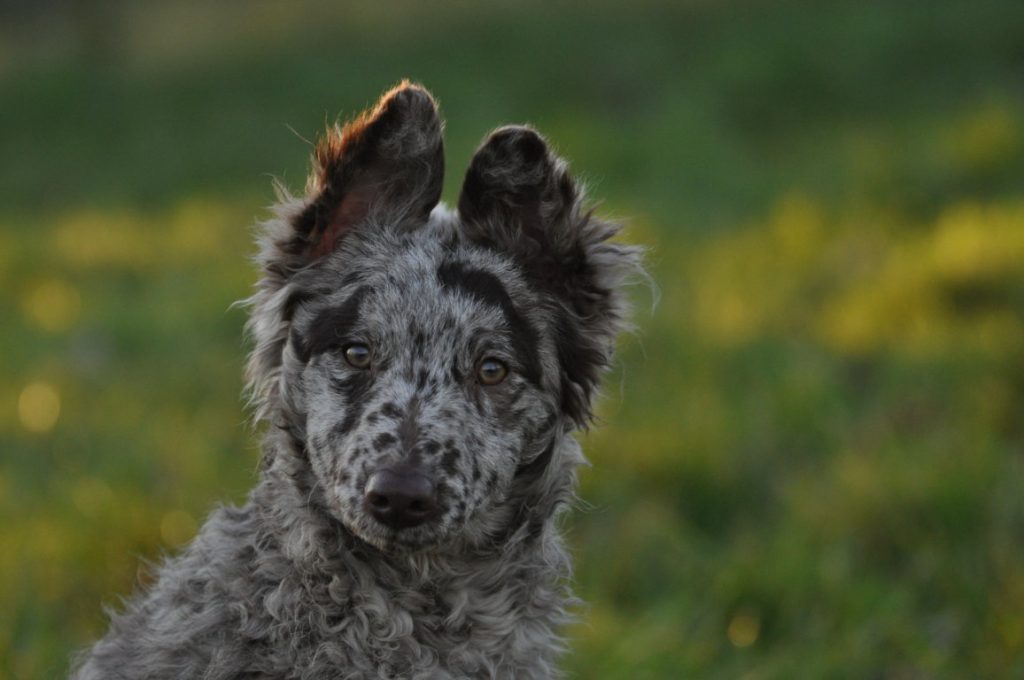 The Mudi is a small sheepdog, coming from Hungary, and is tight with the Croatian sheepdog. He is also far related to the pumi and the puli. The Magyars, the native habitants of Pusta had tend to the publicity of all kinds of working dogs trough Europe.

Because of numerous hybrids, they gained several races, every race adapted to their specific task.

There was the Komondor, a robust, very strong and lightly coloured dog with a very felty coat. They were bred especially to protect and guard the shepherds and their crowd. The light colour of the Komondor was to keep them apart of the wolves. The smaller dogs like the puli, pumi and mudi were used to heard and to alarm. This 3 different races almost had the same function. They are very alert: by the slightest trouble they begin to bark loudly – and they can bark very well! – so they alarm the Komondor. When the intruder – human or animal– they don't allow to scare them of by the intruder, and for a Komondor they will escape!!

The mudi is an all-round dog. They are very good and reliable shepherds of sheeps but also of bovine animals and swines. Next to it, they are brave enough to fight against carnivores. Rats aren't save for them and still now they were used in Hungary for the hunt of wild swines.

Those very energetic dogs love to work. Despite of their various talents the race haven't been popular in it's native country Hungary. This is principally to due to the continuous presence of the Puli and the Komondor; the older and more popular Hungarian races.

The race was first described in 1963 by Dr. Fényes. The race was mentioned to him: Canis Ovilis Fényesi. The pedigree is still open in Hungary, so that means that dogs without papers can be admitted after an inspection.